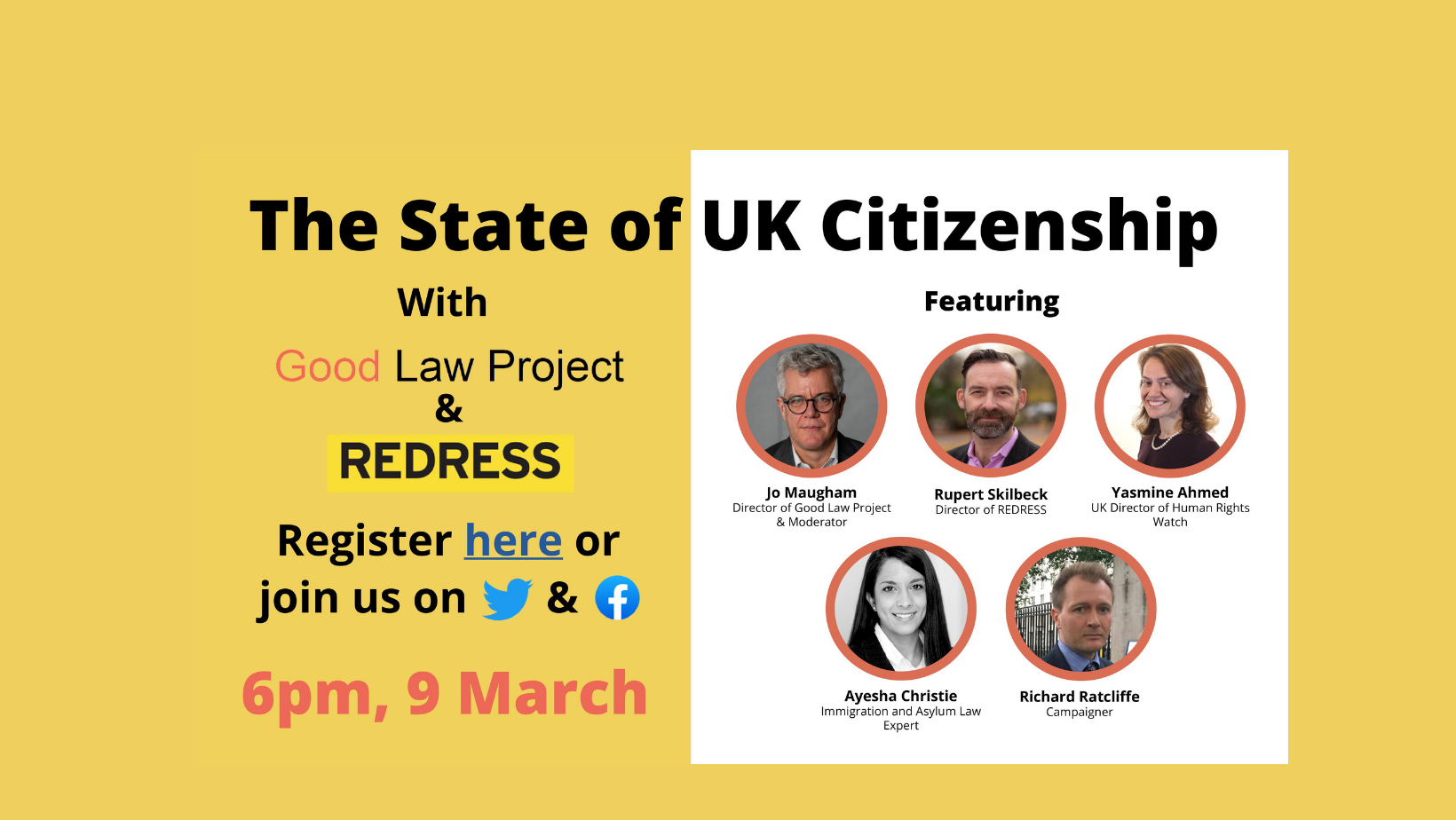 Join REDRESS and Good Law Project at 6pm on Wednesday 9 March for an online discussion on the current fragile state of UK citizenship. 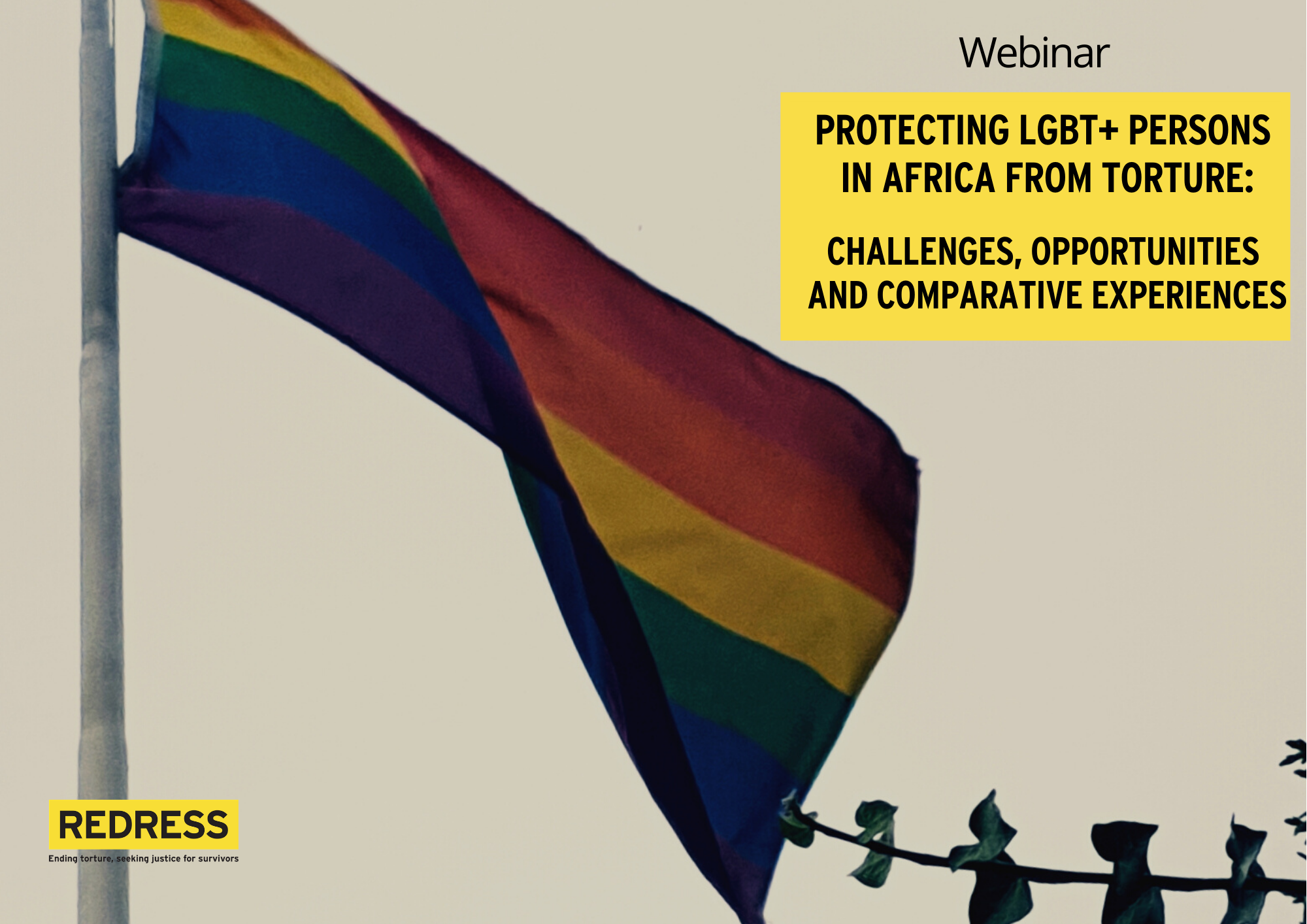 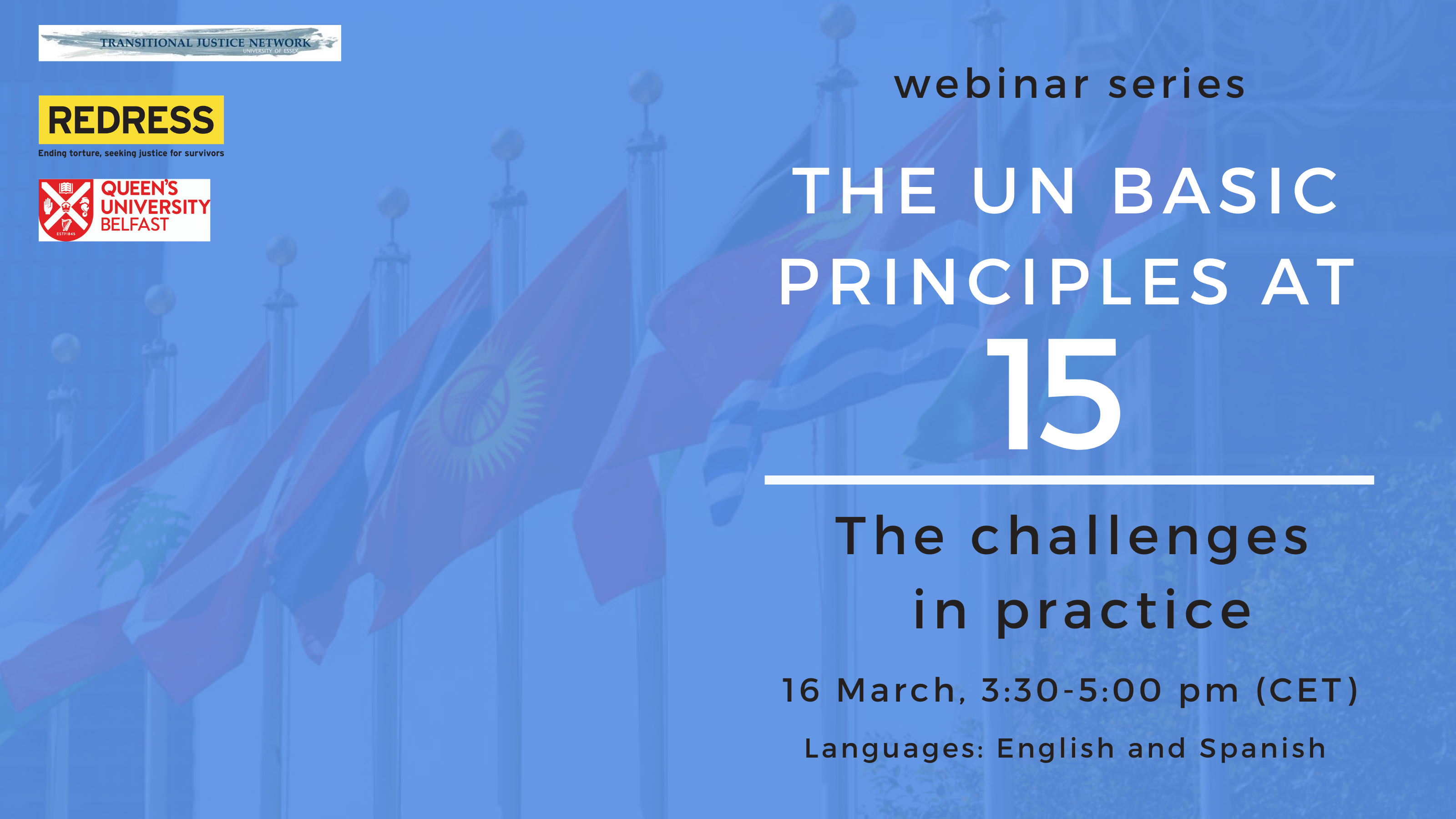 Register here to join REDRESS, the Essex Transitional Justice Network, and Queen’s University Belfast for an important discussion on the impact of the UN Basic Principles and Guidelines on the Right to Remedy and Reparations for Victims of Gross Violations of International Humanitarian Law. 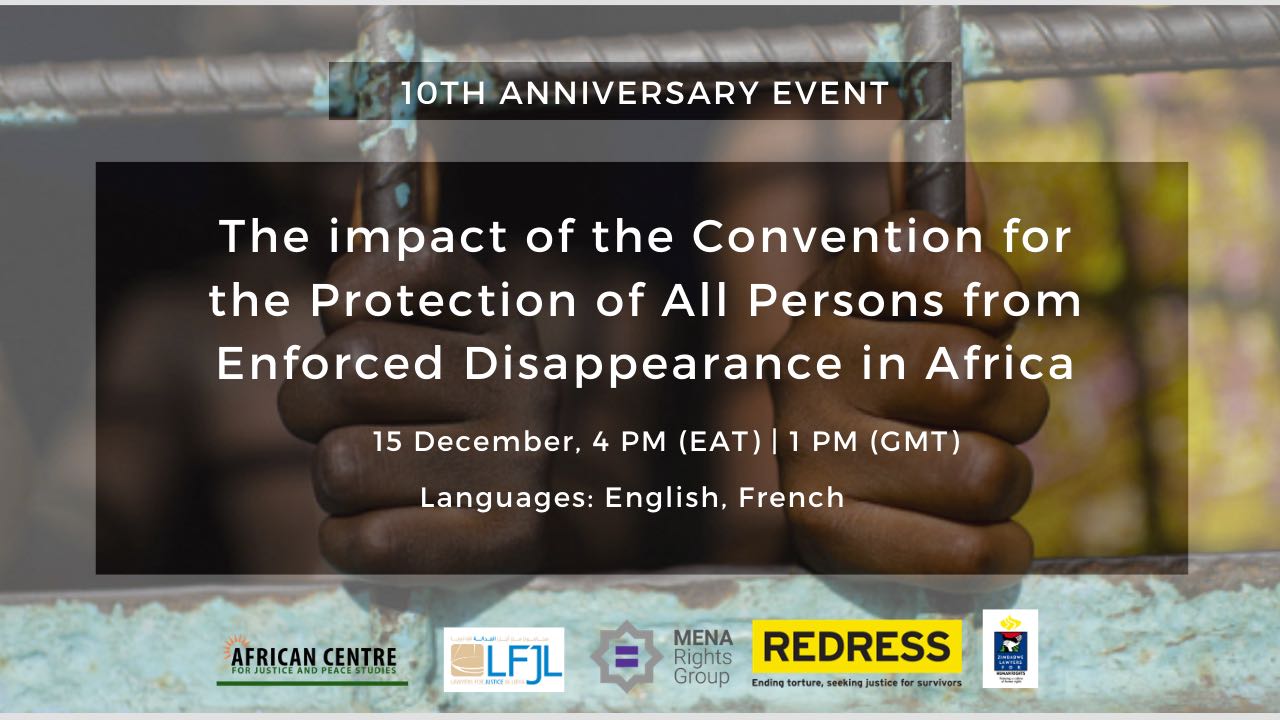 Register here 15 December, 1-2:15 PM (GMT) | 4-5:15 PM (ETA) Join us for a conversation commemorating the 10th anniversary of the International Convention for the Protection of All Persons from Enforced Disappearance (ICPED) coming to force. To this day, 98 States have signed the ICPED, and… Read More